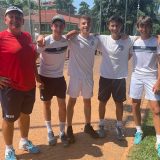 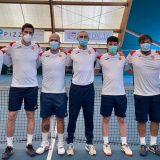 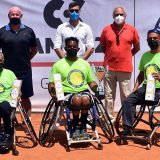 On a rainy day at the AEGON International of Eastbourne, Elena Vesnina, former champion of this WTA tournament, talked about different topics during her post match interview from her love for the grass events, to her new form. Eventually, the topic of Russian athletics was brought up and she gave her view on it, underlining the importance of the Olympics in the Russian sports and non-sportive culture.

“That’s a bad actually topic now,” she immediately commentated once asked about the exclusion of Russian athletics: “Yeah, that’s so sad, to be honest. I don’t think it was the right decision to take all the athletes from Olympics. Because for them it’s something that they are dreaming all their life, they are practising for years to get there and to get any medal they can, and it’s really — I feel sad. So sorry.”

The Russian also expressed her view in terms of how this decision will affect the spectacle of the competition.

“Without Russia and the track and field, I don’t think it’s going to be the same because Russia is one of the strongest teams in track and field competition. I don’t think it’s going to be the same,” she said, explaining that she does not have much hope things will change in the next few weeks, but she hopes some of these athletes will be given a chance for their dreams: “I was really sad to hear that. I’m really hoping that clear athletes, they can go and compete there, because they really deserve to be there.”
“I think a lot of athletes, they understand that from other countries too, and it’s very sad. As I said, I hope that somebody can go, you know, they will allow to some athletes, you know, to go and compete, still compete.”

As part of her argument there’s also the fact that Olympics are such a big part of the Russian culture, as much as she backed up Elena Dementieva’s view for which for the general public in Russia an Olympic gold values more than a slam.

“For me it means a lot (to be able to play in Rio), also. Since I was a kid I was always watching Olympic Games and I always dreaming to win the gold medal for my country,” she explained. “I have been already in Beijing and London, and I feel this Olympic spirit. I know how much it means for a lot of athletes. And for me, as well, it’s just one of the biggest, biggest tournament in my life.”

“To win the Grand Slam, that’s the dream of your life and everybody’s working for it, everybody’s dreaming about it. Me too. But Olympic Games, it’s totally different competition. You’re playing not for yourself. You’re playing for your country, you’re playing for your family, for your nation. It just brings you goosebumps,” she explained with a broad smile and dreamy eyes: “I think it’s also because all countries together, I like the spirit of the Olympic Games because everybody is competitive and everybody’s supporting each other. Other sports, they come and support other athletes. It’s just amazing.”