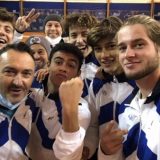 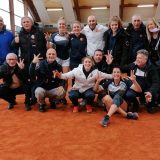 Duje Ajduković was born in Split on the 5th February 2001 an he is without any doubt the most talented Croatian tennis player aged under 14 at the minute. Being ranked within European best 15, he has won 77 matches and lost 36 so far in his junior career, having played the same if not less tournaments than most of the ones ranked ahead of him.

We got to know him in February during the final stages of the Winter Cup 2015 at Ct Correggio (you can read the Italian article here Winter Cup 2015 al Ct Correggio), but today we had the chance to get to know and interview his coach and father Romeo Ajduković. His story is different and highly interesting, because far from the ones we are used to in our country. One of the reasons is that Romeo coaches his son, but he was not into the sport before Duje and his sister decided to follow this career. He has great experience in the world of professional sports though, having been a successful footballer in his youth, something that we have seen already happening in the world of tennis with Piotr Wozniacki, dad and coach of Caroline, but also former professional footballer.

After congratulating him for Duje’s last success at Mladost Grill Open last week, Romeo told us about his past as a footballer and the reasons why his son opted for tennis. “I started to play football because I have loved that sport since I was six,” he said. “I was successful and I played in second Croatian league, scoring 150 goals in that league. I am 43 now, but I once was a junior of Hajduk Split, when in 1989 I should have signed for Crvena Zvezda.

“Yes. I should have played for Crvena Zvezda the year before they won Champios League! But Duje loved tennis more than football so he chose tennis in the end.”

As we mentioned just above, Duje Ajduković is coached by his dad, a very important role for someone who lives the sport so closely. “It is important that I have been sportsman because I can transfer my experience on him,” he admitted. “Duje is not followed by former tennis players and it has positive and negative sides. Positive side: football is based on good tactic so I can make him good tactical player.

“Football is, in my opinion, tactically harder and top players have similar work of legs to the one of football players.”

The relationship between parents and children in tennis, like in most professional sports, is always one of the hottest topics, especially when parents play a big role inside the sports sphere. Whenever someone is also coached by parents, the question about the relationship between them on and off court is even more key. “6.It is hard to establish a relationship between a player and his father when he is his coach,” he confessed. “But he is growing up and he is starting to understand that I want only the best for him. At the moments he is not mentally strong so I, as a coach, want to improve it, because I want him to be top player or number 1 if it’s possible!”

Having played a lot in Italy, I wanted to investigate his relationship with the country and in general an opinion on junior tournaments. “Youth tournaments are organized well,” he said. “But in some places food is not right and breaks between tournaments are very long because of financial problems.

What about his relationship with the federation then. “We are not satisfied with our federation,” he said. “Because federation doesn’t care about Duje at all…”

People are the same the whole world over. 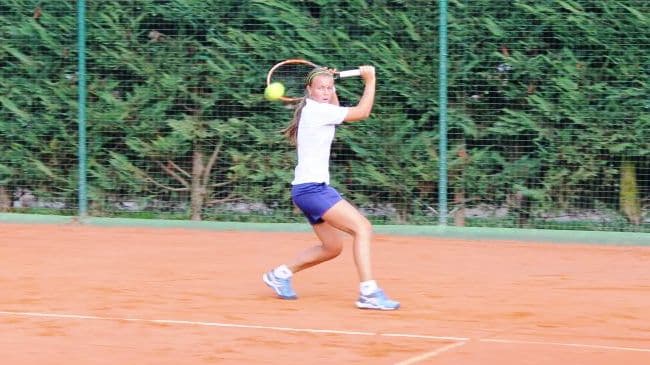 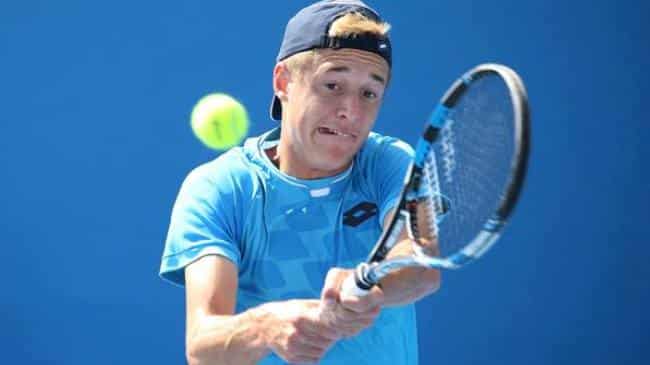 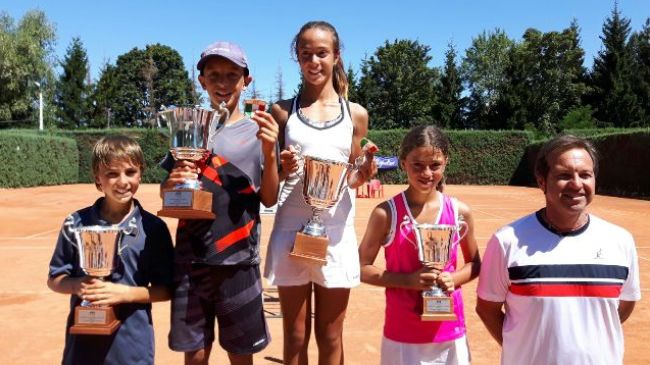